Medicare beneficiaries will soon be eligible to obtain up to eight free rapid at-home Covid-19 tests per month, and, unlike their privately insured counterparts, they won’t have to pay for them upfront, the Biden administration has announced.

The federal Centers for Medicare and Medicaid Services (CMS) says that by “early spring” beneficiaries will be able to pick up the tests at participating pharmacies and other providers without a prescription and “at no cost at the point of sale and without needing to be reimbursed.”  All Medicare beneficiaries with Part B, including those enrolled in a Medicare Advantage plan, will be eligible to get the tests.

In late 2021, the administration announced it was requiring private insurers to reimburse the cost of up to eight rapid at-home Covid tests a month purchased at retail stores and pharmacies.  But this edict left out not just the 31 million uninsured Americans, but the nation’s 62 million Medicare beneficiaries – seniors and people with disabilities who are at the highest risk of death from Covid-19. If paid for out-of-pocket, tests typically cost $20 for a package of two, which can discourage many Americans from getting tested.

The problem in the case of tests for Medicare beneficiaries was that the federal program’s rules did not permit coverage of over-the-counter tests. Amid pressure from Congress and advocacy groups, officials scrambled to find a regulatory workaround. CMS says it is now working “around the clock” to implement its new initiative.  More details about which pharmacies and other entities will be participating will be available in early spring, and once the initiative is up and running, CMS says it “will encourage beneficiaries to ask their local pharmacy or current health care provider whether they are participating in this initiative.”

There are several ways Medicare beneficiaries can obtain free or low-cost tests in the meantime, CMS says:

Although the Omicron variant may have largely subsided by spring, experts say that readily available at-home testing is key to fending off possible future surges in cases.

Meanwhile, federal officials continue to work with states to make it easier for Medicaid recipients to provide tests at no cost. According to the Washington Post, more states have made it easier for their Medicaid program to reimburse pharmacies for providing the tests free to beneficiaries.

For questions about where Medicare beneficiaries can find a test, call 1-800-Medicare. 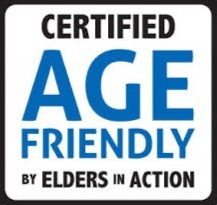